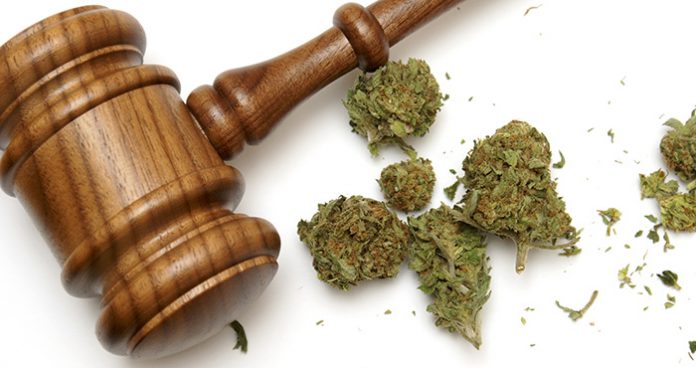 Several regions in the United States already have approved the use of medical marijuana and some even have given their votes and nods to recreational cannabis use as well. Although this is legal to some states, marijuana is still unlawful in federal level. Thus, every state has their own set of rules when it comes to thisand some are really strange.

In no particular order, below are some mind-boggling or eyebrow-raising laws about this herb from some of the states where itis rightfullyregulated.

If you are planning on having a marijuana business in Arizona, make sure you are already 100% sure about your business name and location. Although this is generally necessary for any tradein any state, this is more relevant in putting up such a business in AZ. It is because, aside from paying renewal fees annually, this marijuana law requirescannabis companies to pay a very large amount, specifically $2,500, if they decide to move locations or change company names.

The lawmakers in Connecticut have decided they do not want to see the famous marijuana leaf as part of the illuminated signage outside of thedispensary facilities or buildings. According to their marijuana law, the marijuana leaf logo can still be included though in their advertising and business logo but not as a signage of their establishment.

Cannabis-infused meals could cost you 7% meal tax in Maine. No, they are not singling-out marijuana meals. Actually, any meal in Maine sold or served at restaurants, cafeterias, fast food chains and other eateries has additional 7% meal tax. Edible cannabis is considered a meal, thus it is subject to the specified rate tax.

Marijuana establishments like dispensaries in Nevada are only allowed to use a maximum of two fonts. Yes, it’s not typographical error. You read it right. Only two fonts are allowed. Decorative fonts are not allowed. Lawmakers there prefer clean ones like sans serif and the overall appearance should not be appealing to the minors. The Nevada marijuana law requires the signage to be tasteful, respectful and should not show any sign promoting recreation, humor or fun.

In Massachusetts, “gifting” marijuana in exchange of payment later and also reciprocal “gifts” of cannabis and valuable items are strictly prohibited. Also, it is still NOT legal to sell cannabis in this state to regular cannabis users. However, it can be sold to registered patients who require medical marijuana. So, just grow your own plant if you want to use it for recreational purposes.

The state of Oregon only allows Times New Roman 80-pt font style in bold for the signage of registered marijuana dispensaries. Apparently, like Nevada, their marijuana law doesn’t want you to be extra creative when it comes to marijuana establishment signs.

Advertisement of medical marijuana is prohibited in Delaware. One cannot promote through print, broadcast or any modern form of public notice. However, their marijuana law’s  states that they can be seen in old-school phone books, medical publications, materials for health or non-profit events.

The Michigan state spells marijuana as “marihuana” within their marijuana act. This spelling is consistent in their Michigan Public Health Code. Their lawmakers decided to keep the old school spelling stated in the Marihuana Tax Act of 1937.

Every state has its own set of marijuana laws that one should respect and follow. So if and when you are in any of these mentioned states, be mindful of their laws so you can enjoy a clean, fun puff of this beloved herb. Not following these rules can mean you are breaking their laws and have equivalent punishment.