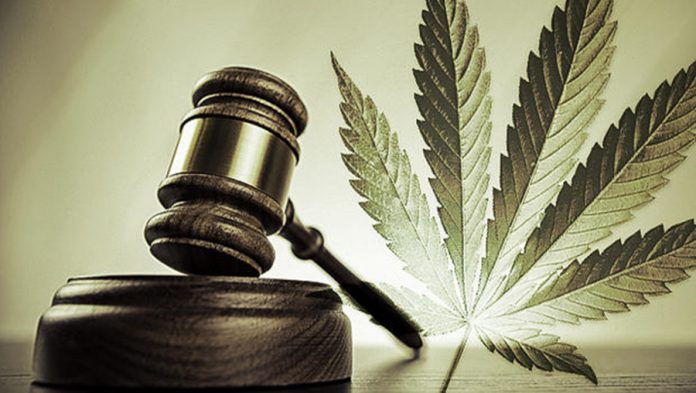 Is Patent 6630507  a familiar part of your marijuana activism vocabulary ? it should be. If you are a pot smoker, or someone who needs marijuana for medical issues, this number means a lot to you. It isn’t your ordinary number; it’s a proof that marijuana can act as a medicine.

Patent  6630507 was released by the U.S government back in 1999. It is discussed there that cannabis has multiple beneficial benefits. The scientists from National Institute of Mental Health (NIMH) was the one filed the patent, and it is entitled as “Cannabinoids as Antioxidants and Neuroprotectants”. The patent 6630507 is the reason why people have a basis for their advocacy in terms of legalizing marijuana use.

According to patent 6630507, cannabis has the capability to help a patient with Alzheimer’s, HIV dementia, Parkinson’s disease, and more. It also helps with the treatment of autoimmune diseases and oxidation related diseases such as ischemic ones. Marijuana is also a great help for people who are suffering from glaucoma, AIDS, multiple sclerosis, asthma, insomnia, rheumatism, and more. It is an affordable way as well to cure these diseases. However, Drug Enforcement Administration (DEA) declines this fact alongside the patent 6630507.

The Drug Enforcement Administration (DEA) indicated that marijuana doesn’t have any medical value, which contradicts patent 6630507. They classified cannabis as a dangerous drug and refused to let researchers study marijuana for further investigation. People believed that the Drug Enforcement Administration (DEA) is afraid that the prohibition of cannabis will end, which could mean losing their supporters and having a threat to their budget.

They continually prohibit the use of cannabis even though the U.S. government has the proof. What troubles the people more is their statement disclaiming its medical benefits and declaring it as a dangerous drug.But for people who need it for medical purposes, it is a valuable thing. It is their way to treat themselves and move on from the disease that they are experiencing faster. People will not let this pass because this is not a small deal for them.

Even the DEA’s administrative judge, Judge Francis Young, recommended that they should permit the access and use of marijuana in the field of medicine. In 1988, Judge Young reviewed all of the evidence for the issue and came upwith a list of obvious proofs that it relieves the difficulty of patients. He believed that allowing people to use it, provided that it is under medical supervision, would help alleviate the disease symptoms of the entitled patients. He also stated that it is irrational that the DEA would stand between the patients and the health benefits of cannabis.

See also  The Pros and Cons of Legalizing Marijuana in Massachusetts

Judge Young also said that it is the safest medicinally-active substance that we all know. Marijuana is a natural medicine that is even safer than some of the foods that we consume in our daily lives. However, even after his statement, DEA still refuse to legalize the use of cannabis.

Talk to the Hand Advocacy

Many people were angry because of this matter. Knowing that there is a patent saying that it has medicinal benefits but DEA still refused to honor it. Social media platforms were buzzing and supportingthe Talk to the Hand advocacy. People were writing the numbers 6630507 on their hand and taking a picture of it. Supporters of Talk to the Hand pledge to continue standing and fighting for cannabis and its medical benefits.

The starter of the trend, Amy Hilterbran, is a medical cannabis advocate. She said that the patent is enough evidence that the medicinal qualities of marijuana are factual and relevant to today’s issues surrounding health and medicine. It has sufficient evidence that the plant is not lethal or toxic. There are stories where we heard that it’s an effective medicine to cure conditions, ailments, and other diseases, and these are supported with scientifically-based facts and studies.  Patients want to fight for the right to acquire and use it for their own cure and they’re not going to back down.

People are asking why would the government deny the medical benefits of cannabis even though they are holding a patent that is contradicting their statement. Hilterbran said that the patent obviously eliminated marijuana as part of the Controlled Substances Act too. Do you agree with the Drug Enforcement Administration (DEA) or are you an advocate of the Talk to the Hand? Either way, we all know how cannabis was able to help severe medical conditions. It would hurt the country’s people if a helpful medicine isn’t allowed to cure them or their family.

This is an Oho Herer exclusive story, stay tuned as he puts out a new piece of media to make the stoner mind expand its horizon every week.