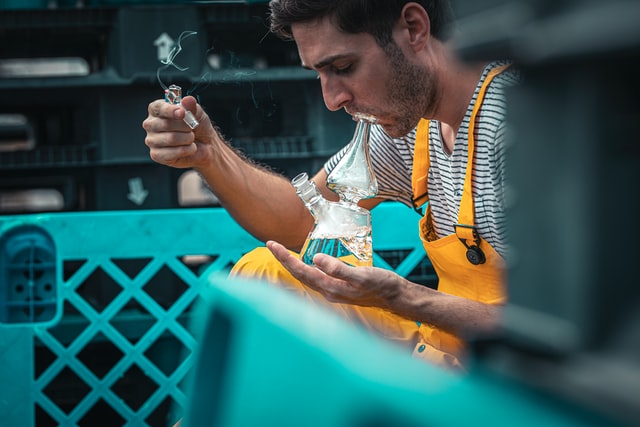 ARLINGTON HEIGHTS, Ill. – According to the survey published in the American College of Allergy, Asthma, and Immunology’s scientific journal, 50% of people suffering from uncontrolled asthma smoke cannabis.

The number of states that moved to legalize cannabis, whether for medical or recreational use or both, is rapidly increasing. 2020 saw a boom in the cannabis industry, and a wave of legalization increased, with states including Arizona, Mississippi, South Dakota, New Jersey, and Montana all made a move. There are now 36 states that legalized medical marijuana, while 15 already legalized medical and recreational cannabis. Other states are also showing signs of legalizing cannabis use in 2021.

With more states considering cannabis use as legal, physicians are keener on explaining the importance of discussing the effects of cannabis on patients, especially those with asthma. A new survey published in ACAAI’s Annals of Allergy, Asthma, and Immunology shows that around half of those who used cannabis and a third of those who vaped it will harm their lungs.

The study’s principal researcher, Dr. Joanna Zeiger, said that it surprised her that more than half of the cannabis users involved in the study who suffer from asthma are smoking cannabis. Also, there was around half with uncontrolled asthma who reported cannabis use. Zeiger also explained that the study found that people experiencing asthma don’t receive routine questions and advice from their physicians regarding cannabis and its use.

The anonymous survey was with the help of the Allergy & Asthma Network. It involved individuals who are 18 years old and older.

Meanwhile, 2.5% of the non-cannabis user participants in the study reported allergy to marijuana. Also, two-thirds of those currently using cannabis did so for medical or both recreational and medical purposes.

The study looked closer at individuals’ cannabis knowledge, their attitude towards the substance and its use, and their patterns of use of cannabis.

The study’s co-author, allergist William Silver, commented that it’s striking to find out that only 40% of participants reported having their physicians ask about cannabis use. He said there are also around the same number of patients actively inquiring and discussing cannabis with their physicians.

Dr. Silvers also stated that allergists should look into cannabis and inquire about its use and effects to manage their asthma and allergy patients. He likened cannabis smoking to cigarette smoking and expressed that there may be potentially safer routes to consume cannabis like tinctures and edibles for asthma patients.

The study’s findings also included a frequent report of positive effects from using cannabis like calmness, improved sleep, and reduced pain than reports of adverse effects like anxiety and reduced appetite. Meanwhile, 20% of those in the survey reported coughing after smoking cannabis, with 60% of respondents reported current asthma and 40% with uncontrolled asthma based on the Asthma Control Test.