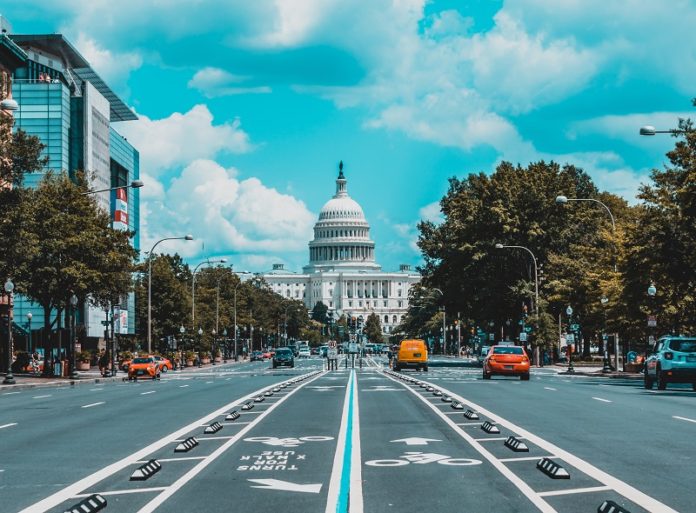 Craigslist is not a website that can be effective for a market as dynamic and unique  as the legal cannabis industry. However, in Washington D.C., that is exactly where people are forced go to obtain their technically legal marijuana. In November 2014, the District of Columbia voted to legalize recreational marijuana, and yet Congress has done everything in its power to block implementation, forbidding any kind of organized system to be put in place for now-legal users to buy and sell marijuana.

In the absence of regulations, dispensaries, etc., the public initially turned to Craigslist. Yet due to the heavy illicit activity that occurs on Craigslist — understandable with any online network that large — there is now a never-ending police presence on the site. Most of this has nothing to even do with pot; they are on the prowl for more severe crimes and cannabis is the collateral damage. Even in D.C., some people have a hard time following democratically elected laws such as the D.C. legalization act.

Recently, there is a new company becoming increasingly adopted by the marijuana community in D.C. as a revolutionary solution to the problem of legal marijuana within such a unique and complex landscape as the District of Columbia. Users love it for its innovative and easy approach to dealing with the issues and hardships marijuana users face in simply expressing their legal right to possess and consume marijuana.

LeafedIn.org has led the charge by creating the first-ever cannabis network that focuses on all individuals in the MJ industry. LeafedIn does not discriminate and accepts any participant, no matter their size or variety, as long as they are within the marijuana community. This service helps people meet their individual marijuana product or labor needs. Of course, though the focus is on individuals, any business or larger entity can join and benefit from it as well.

This is all done through the anonymous, map-based, weed-networking app that LeafedIn currently offers for free. It just takes one look at the D.C. area of the map on LeafedIn.org to see how many people have already benefited from this tool. It works with any internet-connected device simply by accessing the www.LeafedIn.org site from your device’s browser, such as Safari for iPhone, Chrome for desktop, etc. There is a dedicated iOS app currently in development that is in a private beta. However, the company has stated it will be released to the public very soon.

To be clear, Leafedin.org does not handle any transactions, but rather gives users a real-time map view of who is around them, including the weed vendors down the street, the buyers looking to get some high-quality buds, all types of marijuana employers and skilled labor looking for marijuana employment. Users can filter and search through either a map or list view to find other users nearby who meet their needs. Each user has an individual profile, which is summarized when viewing the user on the map for convenience. Additionally, there is a review system in place so you can easily get a sense of that user’s feedback and reputation.

Getting signed up takes only a few minutes and requires no personal details other than an email. Other than that, all that is asked for is a username and which group best describes the user. Each group has its own specifications, whether it’s what marijuana product or marijuana employment needs you are able to satisfy (vendor, employer) or what needs you have (buyer, worker).

We talked to a few users in the D.C. area, mostly mobile with one desktop, to see if it was truly that straightforward, and all of them agreed that the signup was easy, free, and took less than 5 minutes to finish registering. They felt it was structured to allow users, themselves included, to be anonymous unless they specifically chose not to be. One thing they all stressed was, just like on Craigslist, use caution and common sense and you’ll have no problems (a viewpoint LeafedIn openly promotes as well).

All said they were able to meet their marijuana needs, which for them was finding a viable weed connection nearby with high-quality cannabis, and they were able to do so within a day of signing up as there are so many users to choose from. They mentioned they knew a few people who had some luck with finding employment, especially temp jobs through LeafedIn as well, but in D.C the focus seems to be on the pot product side, both supply and demand. One user mentioned he signed up, messaged a vendor down the street who replied instantly, and after a donation the user had some high quality bud from two blocks away within less than an hour of signing up.

Clearly the possibilities here for both the buyers and vendors are endless, showing why hundreds of fellow DC’ers use LeafedIn daily and why it’s proving to be the most effective tool in the Washington D.C. area for the legal marijuana industry.